A Wealth of Information about Denver 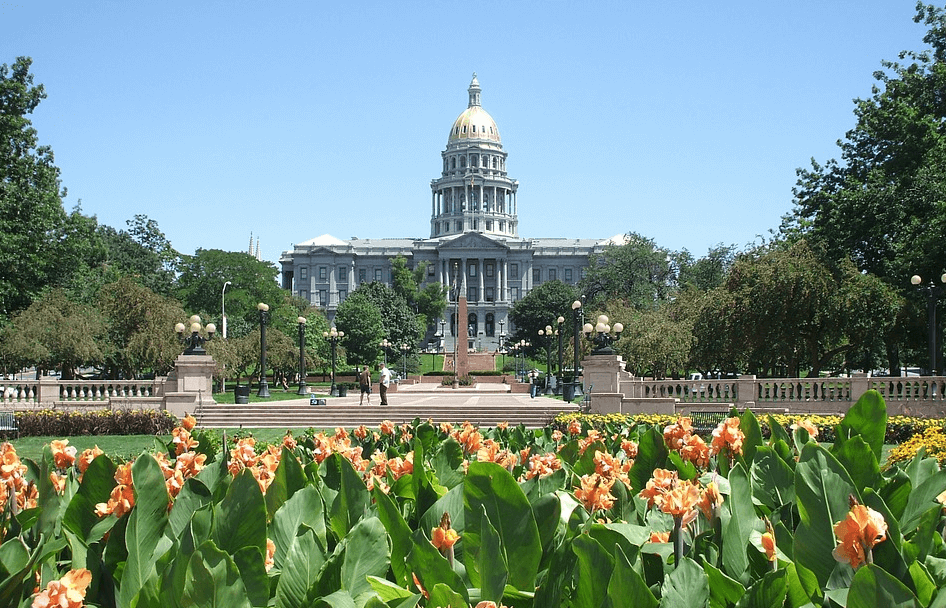 Located between the Rocky Mountains to the west and the High Plains to the east, Denver’s city center rests on plains surrounded by hills with breathtaking mountain views. A total of 200 mountains can be seen from Denver, with 32 rising 13,000 feet and higher. The scenery is stunning for visitors with 140 miles of a panoramic mountain view. Denver is known as the “Mile-High City” as its official elevation is one mile above sea level, which is measured from a step on the State Capitol building. Due to its high altitude, the air is thinner with less oxygen so be prepared to adjust by taking it easy and drinking more water. There are more than 200 parks within the city and 20,000 acres of parks in the surrounding mountains, including the magnificent Red Rocks Park & Amphitheater. With so many high mountains in the Denver area it is no surprise that visitors can experience North America’s highest road, the Mount Evans highway. Another thrill is to see the grave of Buffalo Bill on Lookout Mountain.

During the Pike’s Peak Gold Rush of 1858, a group of gold prospectors established a mining town on the South Platte River that later became the city of Denver. In fact, in just 30 years the population of the state of Colorado grew to 200,000 as a result of the events that were part of the gold rush era. Visitors can experience a sense of those wild times by visiting the remaining mines, museums of period artifacts and historic Victorian homes.

As it is located between the Rocky Mountains and the High Plains, Denver has a mild, dry and sunny climate with four distinct seasons. Although it experiences a modest amount of precipitation year round, it sometimes is affected by sudden weather changes due to its location at the foot of the Rockies. Denver is a jumping off point for skiing and sledding in nearby mountain resorts, but the weather also allows for biking, hiking and golfing.

Since the gold rush days of the late 19th century, Denver has been known for its theatrical performances. Today, Denver offers nine theaters which seat10,000 people. Residents in the counties making up the metro area value and support the performing arts through sales taxes, including hundreds of organizations and venues. In addition to the performing arts, there are seven thriving art districts in Denver with a multitude of fine art galleries, exhibits and museums. On certain Fridays of the month, there are opportunities to meet with artists or enjoy a free art walk. Denver also offers a diversity of entertainment spots with live music, ranging from small clubs to popular outdoor arenas such as the Red Rocks Park & Amphitheater where many top artists and bands perform. Denver has a great deal to offer sports lovers, with basketball, football, soccer and baseball games. The Denver Broncos NFL team sells out every home game at Mile High Stadium.  For baseball fans, there’s the Colorado Rockies major league baseball team, the Colorado Avalanche NHL team for hockey fans, and the Denver Nuggets NBA team for basketball fans. If you’re not a sports fan there’s Denver horse racing, professional rodeos and golfing at dozens of golf courses. Capturing the spirit of the west, every January Denver hosts the huge National Western Stock Show which features an abundance of rodeo competitions. Golfers can take advantage of at least eight courses, plus driving ranges with fine course conditions and beautiful scenery.

To get a close up experience with the city, visitors can bike ride through a city park system that is designed to cover close to 100 miles of bike paths. It’s easy to borrow a bike at well placed stations near most hotels and activities, go for a ride and then return it at another station, all for a small fee. Public transportation throughout Denver is managed and coordinated by the Regional Transportation District (RTD). Around the Denver area, RTD operates more than 1,000 buses serving over 10,000 bus stops in eight counties. RTD also operates nine rail lines which serve 44 stations providing rapid transportation throughout the area. Denver airport (DEN):

With its national central location, Denver is a first level convention city with plenty of meeting facilities. It boasts an award winning Convention Center in the heart of downtown Denver that offers:

With its central location, convenient meeting opportunities and recreational options, Denver draws many businesses and visitors to support a successful economy. Denver is at the forefront of environmental friendly cities and serves as a model when it comes to global warming, renewable energy and environmental cleanup. One example of its progressiveness is the elephant exhibit at the city zoo which uses a system that converts human trash and animal waste into energy to power the exhibit. Another example is the solar power system at the Denver International Airport (DEN) which is used to conserve energy. Denver continues to look to the future and strives to maintain a balance with the natural environment by implementing new programs such as one which plans to add a million new trees in the city area by 2025. In addition, the city is unique in that it maintains its own buffalo herd and every year plants hundreds of thousands of flowers in dozens of flower gardens to attract visitors to its parks. 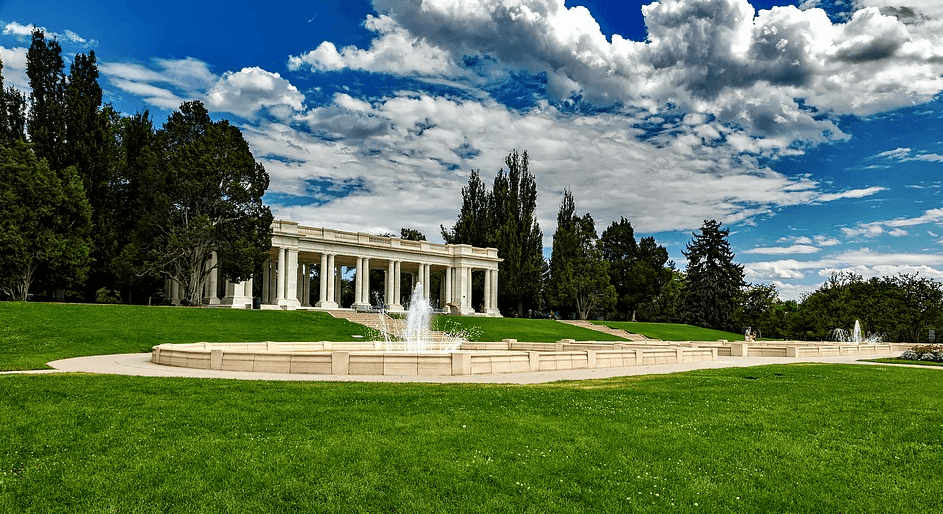 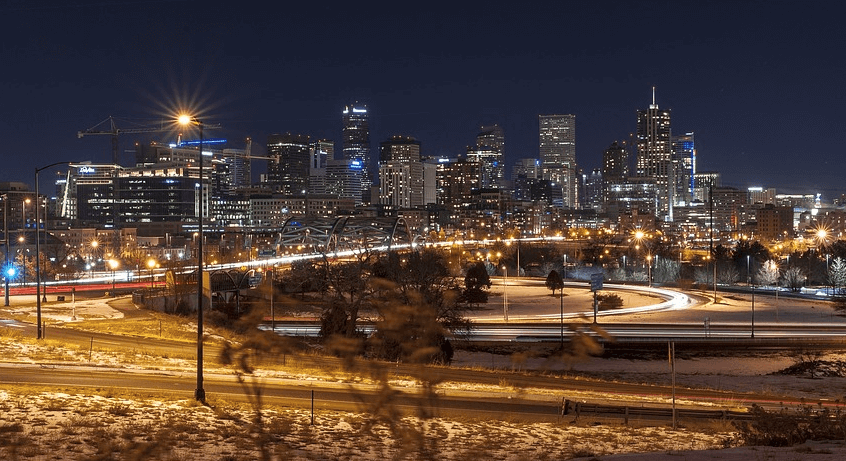 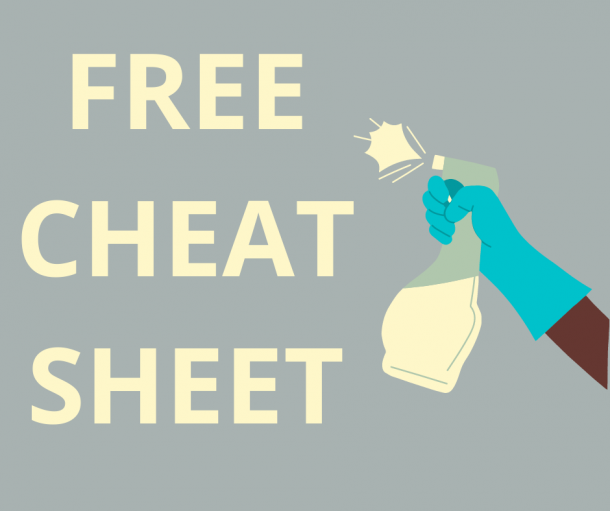 'HOW TO CLEAN YOUR HOME QUICKLY, BEFORE UNEXPECTED GUESTS ARRIVE'

PRO CLEANING TIPS = MORE TIME FOR SELF-CARE. Join our email list and we will make sure your home always looks good.

Welcome to the inner circle! We are so happy to have you. 😊 Here's a link to your FREE PDF DOWNLOAD: